You are here: Home / A Tale of Two Litfests

A Tale of Two Litfests

On Saturday I drove nearly a hundred miles and stayed in the same county. I hadn’t realised Dorset was quite so big. Admittedly, I live on the very western fringes and I was travelling to the Wiltshire/Somerset border but even so.

I’m familiar with the coast but didn’t know the area I was heading for at all. Apart from a pressing need to use the loo, it was an enchanting drive. Skirting past Prince Charles’ Poundbury, the giant of Cerne Abbas and through several picturesque villages, with their squat churches proclaiming  previous agricultural wealth, I finally arrived at the ancient market town of Sturminster Newton. Famed as being the birthplace of renowned nineteenth century poet William Barnes and where Thomas Hardy claimed to be happiest, it was hosting its first literary festival.

There was lots going on but I’d gone for two specific events, both with local connections. 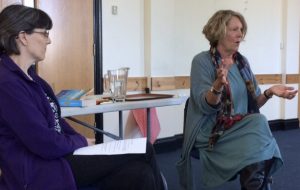 Laura E. James interviewed Rosanna Ley and Lulu Taylor gave a talk about her writing process. Both sessions were excellent. I’ve said before and will say again, it’s a joy and a privilege to hear other writers talk about their work – if you’re a writer or a reader – and I’m both. Lulu Taylor talked about the tyranny (and excitement) of the blank page and how, despite having a long career as an editor, it hadn’t prepared her for facing the ‘wall’ at 25,000 words. 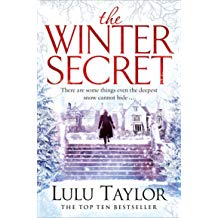 Rosanna Ley discussed how important location is in her writing and how she has returned to Italy for her latest. 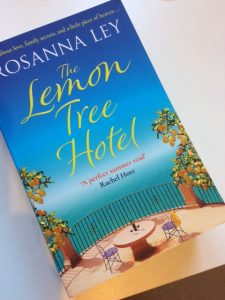 Rosanna is a planner (the concept of the six page synopsis made me quake) and Lulu is not. Both found inspiration from happenings that seem inconsequential but grow to have deep meaning for their books.

I know exactly what they mean. I can’t resist a museum and had to pop into the town’s voluntary-run one when passing. It was absolutely charming. Upstairs was a display of photographs showing Victorians at play. Two images will stay with me. One of three women, dressed in tight costumes complete with bustles, jumping rope and one of a little girl posing with her stick and hoop. Beautiful white pinafore, long hair tied back with her best ribbon, it was the tragic expression on her face that spoke to me. What had happened to that little girl to make her so sad? Answers on a postcard please!

Hopping along to the other end on the scale of literary festivals, I managed to visit my beloved Hay this year. It was another epic drive, this time through Welsh countryside made bucolic with all the recent rain. At least the first part of the journey was on the motorway and I could make use of the services. With an emptied bladder, I could relax and enjoy the drive. Well, as much as anyone without a SatNav can. 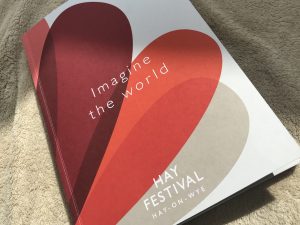 As I was only going for a few hours, I chose a day which offered the most things I wanted to attend. I know lots of folk go for the weekend or even for the full ten days. I admire their stamina; the Hay Festival can be gruelling. My brain was full after only a few hours. It obviously has the same capacity as my bladder. It was half term and the place was packed. A writer is a solitary creature (well, this one is) and the crowds were more than a little daunting. There is also a lot of waiting around and queuing to be done. I tried to find a bench and sneak in once the queue had diminished (bad back to blame). As a result, I struck up lots of rather lovely conversations with people doing the same. It’s very reassuring to be amongst your ‘tribe’ i.e. people who read and love books. 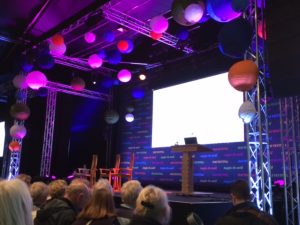 First session was Lucy Worsley’s re-evaluation of Queen Victoria and Albert. Not a nice man, according to Lucy. She held the capacity crowd of two thousand in her tiny little palm and was captivating. Next up was a discussion on women in The Archers (skip this bit if you don’t listen, it won’t make any sense). Charlotte Martin, who plays Susan Carter, gave an eloquent psychological insight into why her character behaves as she does, as Ambridge’s resident gossip. Writers take note – a gossip is a great character to include as it gives the reader – or listener – a chance to catch up with salient points in the plot! Charlotte also defended Susan’s reputation as a gossip by saying that the male characters are often as guilty but, as they are men, it’s not deemed as gossip. Think about it. When you hear the word gossip, what image springs to mind?

Despite being fortified by a Herefordshire Beefy Boys Burger (absolutely delicious and highly recommended, by the way) I was wearying by this point. Just as well I had the fragrant Prue Leith as my final session. What a life, this woman has led. Her autobiography has gone on my teetering TBR pile. Oh – and I had to buy a mug!

Both festivals evidenced an incredible amount of hard work in the organisation  – and both show-cased a love of books and reading. In these turbulent, angry and divisive times, it was truly heartening to be in places where discussion didn’t involve acrimony or milk-shake throwing – just measured debate.

But I tell you, what this country needs, what it really, really needs, are more public loos!