You are here: Home / The peculiar art of self-publicity

The peculiar art of self-publicity 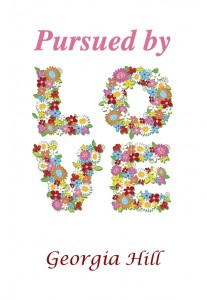 I’m still having trouble acknowledging that I’m a writer. I find it very hard to say ‘I write books.’ Harder still is to take in the news that Pursued by Love has been nominated for the Romantic Novelists’ Association New Writers’ Award.

I should be shouting this from the rooftops (this is my version of doing that!) but although I appear to be a confident person, I find it really hard to publicise what I do and what I write. To give you an example: my book is on sale in my local pub, alongside another local writer’s work. One evening, an acquaintance asked what my book was all about and instead of telling her, I went all shy and said the book was on the bar and why not read the blurb. How rude I must have seemed! And I probably lost a sale.

Another writer (and I’m sorry I can’t remember who) suggested when having to do publicity, the task is made less embarrassing when pretending the writer is another person and you’re doing the publicity on behalf of her. In my case, that should be easy, as I write under a nom de plume.

Georgia Hill’s debut novel Pursued by Love has been nominated for the prestigious Joan Hessayon, New Writers’ Award. The shortlisted candidates, of whom there are only three this year, will hear the winner announced at the glamorous Romantic Novelists’ Association annual Summer Party in London on May 13th.

So that’s it. That’s my bragging over. I’ll fill you in on all the details of the party in another blog. Wish me luck!