So, how did it all begin? 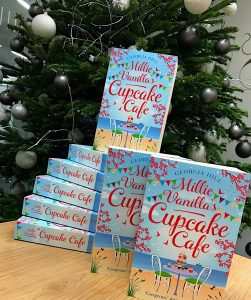 Recently, I’ve been thinking about how I started writing in the first place.

I was one of those children who always had their nose stuck in a book – I even read while walking home from primary school! Enid Blyton was a favourite but along the way I devoured Rosemary Sutcliff, Susan Cooper, Alan Garner and the lovely Flambards books. When slightly older I borrowed Mum’s Mills and Boons and relished the exotic locations like New Zealand or Madagascar and descriptions of flowers like frangipani. To a girl whose idea of heaven was a caravan holiday in Lyme Regis, this was exoticism indeed.

And then, as a teenager, I discovered Jane Austen. Pride and Prejudice is still my all time favourite novel. My love for it even survived being read aloud in class by a bunch of thirteen year olds. How we giggled at the mention of ‘social intercourse’!

So far, so unoriginal. But what makes an avid reader like me turn into a writer?

I’ve always scribbled down disorganised jottings and, at one stage in my life, I was lucky to travel widely and always wrote accounts of my experiences. I have, however, never knowingly come across a frangipani flower! Then during one of my many house moves (once every six months at one point) I lost my notebooks. I was devastated. How was I going to write that zeitgeisty novel set in Thailand? (Too late, Alex Garland got there first). How could I remember all those little character sketches and notes on overheard snatches of conversation? What had happened to the (mostly execrable) poetry I’d written? Disaster! I’d hit my forties and had lost my notes for The Great Novel we all believe we have inside. Then I realised that if I didn’t have a go at writing I never would. A crush on a tall dark actor appearing in a BBC period drama gave me the final tweak of … erm … inspiration! 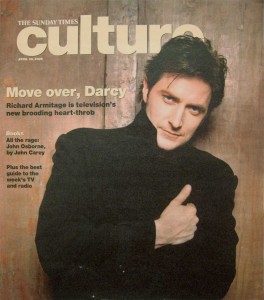 So I began to write – furtively, in secret moments, when my husband thought I was working. It was a shock to discover my natural writing voice wasn’t very Austen-like. It was more Austen-lite. But I wrote and wrote. The words poured out. Real life didn’t get a look in. I simply wrote. I remember feeling as if I had fire in my belly. And still I wrote. 35,000 words later and the story was complete. More Mills and Boon than Dostoevsky but none the worse for that. While I wasn’t going to change the world with what I’d written, I knew I could tell a story, had an ear for dialogue and a feel for what makes a hero sexy. Writing it was the easy part though, showing it to people for them to read and critique was one of the most daunting things I’ve ever done. Coming clean to my husband was quite funny. I’m not at all sure he thought it would be any good! He’s now my biggest fan.

I still have moments when I get that same fire in the belly but now know there is a lot more craft involved than simply getting the words down. Editing is my own special nightmare.

And what became of that first 35,000 word story? It was rewritten and became my first novel – Pride and Perdita.

So why do I write? Because, just like that ten year old walking home from school, I still love to be completely absorbed in a story. It’s just that nowadays I escape into a world I’ve created. It’s amazingly satisfying. And occasionally drives me demented!

And I still don’t know what a frangipani flower looks like!