You are here: Home / Liz Harris – a creature of habit?

Liz Harris – a creature of habit?

I’m delighted to welcome the very gracious Liz Harris to the writer’s cave feature this week. Tell us all about your space and writing routine, Liz: 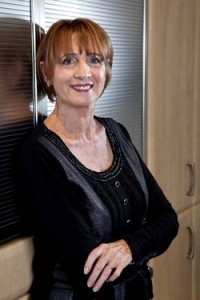 Never let it be said that I’m a creature of habit, but …

Every morning when I come downstairs, the first thing I do is go into the study and switch on my laptop. I then go into the kitchen and make the same breakfast that I’ve had for more years than I can count – a form of muesli that I make myself – and then take that, with a cup of tea, into the study where the computer is waiting, all warmed up.

While eating my cereal, I catch up with twitter, Facebook and my emails, and do any administrative work there may be; for example, I’m RNA Libraries’ Liaison and this often generates Things That Must Be Done. When the deck is clear – figuratively, but alas not literally: as an historical writer, I have books and research notes all over the place when I write – I start working. I write all day, pausing briefly at some point mid-morning to swap nightie for jeans, and again a little later for lunch, the same lunch that I always have, which is cheese, apple and yoghurt.

I start my day’s work by editing everything I wrote the day before. In doing that, I tighten the text I’ve already written, and by the time I finish, I have the words and phrases I’ve recently used so clearly in my mind that I lessen the risk of repetition in what I’m about to write. In addition, when I’m ready to break fresh writing ground, I’m already in my characters’ heads and back in the period in which I’ve set my novel.

My three constant writing companions, which are always close to my desk, are Chambers Dictionary, Cassell’s Dictionary of Slang and Roget’s Thesaurus. Being primarily an historical romantic fiction author, though I do write contemporary novels, too, it’s essential to ensure that the language I use as a narrator, and that I give to my characters, is true to the period in which the novel is set. 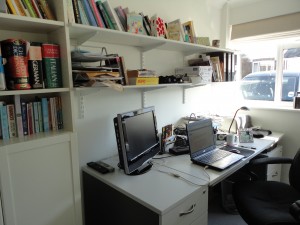 Very wisely, I take care of the need for daily physical exercise in addition to my mental exercise. Every hour on the hour, I rise from my very comfortable computer chair, walk along to the kitchen, make a mug of coffee, and return with it to my study. 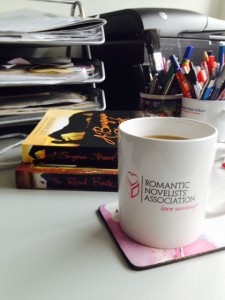 As you can see, my study is where I spend most of every day, and I spend it in silence. While I can write anywhere – in a cafe, library, on an aeroplane, you name it, and I seem to be able to blank out the sound when I do – I infinitely prefer writing in total silence. By doing so, I’m able to lose myself in the world I’m creating, and that’s sheer bliss.

Here’s some background on my guest:

Liz Harris writes both historical romantic fiction and contemporary novels for Choc Lit. Her debut novel, The Road Back, set in the 1950s in London and Ladakh, won US Coffee Time & Romance Book of the Year 2012. It was followed a year later by A Bargain Struck, set in Wyoming 1887, which was shortlisted for the RoNA for Best Historical Romantic Fiction 2013. In addition, Liz has written two contemporary novels set in Italy, Evie Undercover and The Art of Deception, and a novella set in Wyoming 1880, A Western Heart. All of Liz’s novels have been shortlisted in their categories by the Festival of Romantic Fiction.

Liz lives with her husband in South Oxfordshire, her two sons having fled the nest. You can find out more about her from her website, wwwlizharrisauthor.com, and by following her on twitter (@lizharrisauthor) and Facebook (Liz Harris). 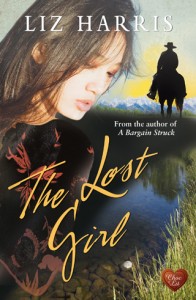 And here’s the blurb and buying link:

What if you were trapped between two cultures?

Life is tough in 1870s Wyoming. But it’s tougher still when you’re a girl who looks Chinese but speaks like an American.

Orphaned as a baby and taken in by an American family, Charity Walker knows this only too well. The mounting tensions between the new Chinese immigrants and the locals in the mining town of Carter see her shunned by both communities.

When Charity’s one friend, Joe, leaves town, she finds herself isolated. However, in his absence, a new friendship with the only other Chinese girl in Carter makes her feel like she finally belongs somewhere.

But, for a lost girl like Charity, finding a place to call home was never going to be that easy …

Sounds a really intriguing read! Thanks so much for popping by Liz.