You are here: Home / Summer is finally here! 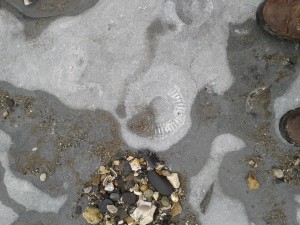 The ammonite pavement at Lyme Regis,

So sorry – haven’t blogged for ages. Have been trying to rewrite number 4 and it’s been like pulling teeth. Hopefully, I’m now nearing the finishing line. Then I can concentrate on The Big Project, as it’s known.

I’ve been busy being sociable too. I had a wonderful, if exhausting, day at the Romantic Novelists’ Association’s summer party. I travelled down with writing friends, Elizabeth Hanbury, Phillipa Ashley and Nell Dixon. We had a party on the train, much to the bemusement of the other passengers. Elizabeth produced all the makings of a lethally strong Pimms cocktail, complete with stirring sticks and fruit kebabs – never knowingly unprepared is our Liz. The RNA party itself was great. It’s only the second time I’ve been and this time I felt a little more comfortable, as I knew one or two people more.

I also organised a weekend in my beloved Lyme Regis, doing Jane Austen-y things and fossil hunting. I came away with an idea for a story …

I’ve also discovered Susanna Kearsley, who writes time-slip, mystery romances. She reminds me so much of Mary Stewart, who I love. It’s great to find a new writer who sends you to bed early, just so you can read the next chapter or five.