You are here: Home / Tripping Down Memory Lane 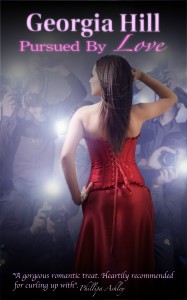 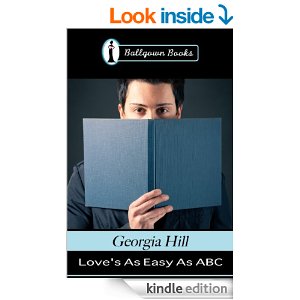 While I wait for the edits for, ironically, While I Was Waiting, I’ve just begun novel number eight.

Had to stop and think.

The eighth novel? How did that happen? Admittedly, some of my output is in novella form but even so. Seven books!

Not surprisingly, most publicity I do nowadays tends to be for the Say it With Sequins series, especially as Strictly Come Dancing is on the TV right now.

I thought, though, it was time to shine the spotlight on the earlier novels. So here goes.

My very first one, Pursued by Love, was nominated for the Romantic Novelists’ New Writers’ Award in 2010.

Perdita is starring in a new television version of Pride and Prejudice. Co-star and director Nick is aloof and arrogant, which is a problem as he’s Mr Darcy! He has a troubled past and Perdita has a Svengali-like ex but they’re immediately attracted to one another. Will Nick overcome his mistrust of love? Will Perdita lose her Snow Queen status? And will the new version of Pride and Prejudice be a hit?

There’s only one way to find out! If you haven’t already read it, it’s available in paperback £7.94 or e-book £1.94. They have different covers, so don’t get confused.

I loved writing it. It all began with a scene forming in my head of two people sheltering from a snowstorm and having to share a room. The book took many forms and was written and rewritten and then a subplot added. It features some of my favourite characters. Nick Wainwright is lovely – scruffy, loose-limbed, dark-eyed imperfection. Bryony, the foul-mouthed actress starring as Jane Bennet, was great fun to write and some of you might recognise Dame Venetia from Say it With Sequins: The Charleston.

Until two years ago, I was working full time so had to squeeze in writing wherever I could. I didn’t have time to do much research, so wrote about what I knew – teaching! A primary school admittedly isn’t the sexiest of settings but for my next two novellas I only used it as a backdrop. The main emphasis is on the characters so don’t let it put you off.

In a Class of His Own is very roughly based on Mrs Gaskell’s North and South. Into a failing school roars Jack Thornton. Huge, powerful, alpha male and domineering. However, he comes up against Nicky Hathaway with every decision he makes. As they work together to improve the school, it becomes evident that Jack would like Nicky against him in a very different way! Jack has a secret and isn’t the easiest of men to love. Nicky is a woman who never says never and rarely encounters a problem she can’t solve. They clash throughout – but is it love or hate which fuels their relationship?

I loved the setting and characters of In a Class so much, I continued to write about them in the sort-of-sequel Love’s As Easy As ABC. The book can be read as a stand-alone, though.

Laura just wants to begin her teaching career and to forget a traumatic experience in Thailand. In her very first teaching post, she encounters two brothers – Simon and Miles Tait. Instantly drawn to easy-going Miles, she’s initially in awe of his older brother Simon. Will Laura overcome her trauma and learn to trust and love again? And, if she does, which brother will she choose?

Simon Tait has got to be my favourite character so far. I always fall in love with the hero I’m writing and I think that’s important. Simon remains very close to my heart. A deeply honourable and caring man, he’s the polar opposite of charming Miles. I loved writing the Tait family. They’re an acting dynasty, dominated by the formidable and conniving Margo. I’m very tempted to revisit them and their crumbling, gothic house. I found writing Laura a really enjoyable challenge – she’s so different to me.

It’s been fun sharing some writing memories with you. I hope it’s tempted you to buy something. If you do, a review really would be appreciated. All writers love feedback!

Posted in Uncategorized Tagged georgia hill, In a Class of His Own, Jane Austen, Love's As Easy As ABC, Mrs Gaskell, North and South, Pride and Prejudice., Pursued by Love, Richard Armitage, Say it with Sequins, Strictly Come Dancing, The Romantic Novelists' Association