You are here: Home / Parties, Poppies and a Thames Cruise

Parties, Poppies and a Thames Cruise 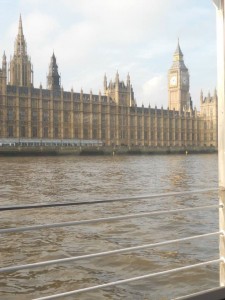 This week I went along to the Romantic Novelists’ Association Winter Party.

As the last train I could catch leaves at 8pm and the party doesn’t even begin until 6.30, this involves a mad cross-country drive and a two night stay with my Mum instead.

It’s worth it though. It was especially so this time as Phillipa Ashley had organised a river cruise, with lunch on the boat. It was supposed to include Nell Dixon who couldn’t make it, so I gate-crashed!

Our party of three, which also included Elizabeth Hanbury, had a wonderful time. It was incredibly relaxing gliding along one of the most famous rivers in the world, sipping champagne and watching the landmarks go past. Great fun.

As we had time to spare before the party, we decided to nip along to see the poppies at The Tower. Although they have begun removing them, there are still enough poppies there to make it a very moving experience. I’ve seen internet and news coverage but nothing prepares you for seeing it for real. Each of the poppies represents a man fallen in World War One and, in fact, they almost look like small figures standing bravely against the elements and stained in blood.

We met a few other romantic novelists in the bar at Waterstone’s, Piccadilly and then it was a quick stroll along to the private club in St James, where the parties are held. We had an enforced stop on the way, so that Regency writer and expert Elizabeth could take a photograph of the Beau Brummell statue on Jermyn Street. Shame he didn’t come to life – he would’ve enjoyed the party.

RNA parties are legendary. Writing is, by nature, a solitary pursuit, so when writers get together, it’s quite something! I used to find it all a bit bewildering but I’ve gradually got to know people. It’s lovely to catch up with friends who don’t live nearby and who, otherwise, are only in contact via Facebook.

Dear Reader, I have to admit by the end of the evening I was feeling the effects of the early start. The long (and delayed) train journey home was made far more fun by having a laugh and a chat with new mates Bernadette O’Dwyer and Bella Osborne. Bella has just been taken on by Harper Impulse. Her debut novel, It Started at Sunset Cottage, is out in February. I can’t wait to read it, it sounds just my thing.

This weekend, I’m having some quiet time to recover!