In search of a hero … 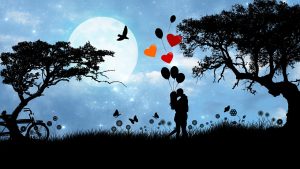 Reading an interview with the delightful and very down to earth sounding India Grey in an issue of Writing Magazine, something struck a chord.

Ms. Grey (Mistress: Hired for the Billionaire’s Pleasure and Spanish Aristocrat, Forced Bride, both for Mills and Boon) was asked that old chestnut, where does she get ideas for characters from? She replied that she begins by borrowing the physical characteristics of actors or sportsmen.

It caught my eye, as it’s similar to what I do.

Browsing through a John Lewis gift catalogue recently, my pulse didn’t quicken at the sight of the Radley handbags or the Delonghi coffee makers but by the male model wearing Christmas cashmere. ‘That’s him!’ I cried to the dog, snoring at my feet. ‘That’s the gorgeous accountant for my updated version of Calamity Jane.’ (Don’t ask, it’s in the planning stage!) And indeed there he was, the quietly sexy but scarily intelligent and borderline anal Hugh. Dark blonde hair and black horn-rimmed specs, with coat hanger cheekbones, he matched the image I have in my head of my new hero. Maybe it’s because I’m a visual person but I find I need some pictorial stimulus in front of me before I can get a feel for the character. So, Mr. Christmas Cashmere has joined the bevy of men adorning my notice board – purely for research purposes, you understand!

Nick Wainwright in my first novel, Pride and Perdita, began with a (sadly one sided) love affair with the beautiful actor Richard Armitage, when he played John Thornton in North and South. And I know I’m not alone in finding inspiration in him! However, although I had a clear idea of what Nick looked like, something about his character didn’t gel and I just couldn’t figure out what it was. It wasn’t until I became enamoured with a certain Welsh ex-Blue Peter presenter and changed Nick’s eyes from blue to darkest brown that he worked. Sounds daft I know but it seemed to make him more intense, more soulful.

I strayed from my fascination with dark haired men with an all consuming and rather embarrassing crush on the (very) young actor who played Prince Arthur in the BBC series Merlin. There’s something about Bradley James’ sharp features and blonde hair which is very appealing. He also has the sexiest mouth and teeth (I kid you not, check them out). Just like I get hooked into people by a small detail (like eye colour or a well-defined nose), my characters begin that way – and then develop from there. Perhaps Hugh the accountant could have a younger brother?! 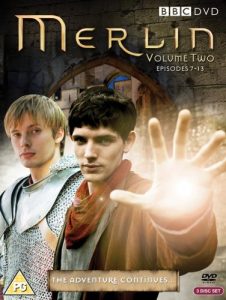 Which leads me onto a moan. Don’t you just hate it when a front cover features a photograph of the main characters, especially when, as you read the novel, it becomes apparent that the cover doesn’t match the picture you’ve formed in your head? Or, even worse, the photo has the wrong hair or eye colour!

In the meantime, my study is a fine place to be on a cold winter day, decorated as it is with John Thornton, Prince Arthur and the nameless male from the John Lewis catalogue! And you never know, he may even have persuaded me to buy a sweater …